Would you like cleaner air where you live? Less traffic? More outdoor seating and green spaces? How about higher life expectancy?

LATEST NEWS: Following the council engagement process which took place at the end of 2021, the consultants have come back with two illustrative proposals for us to look at. The aim now is to look at these proposals and try to identify a single option which can be presented to the council Environment, Transport & Sustainability Committee in June.

We have put together some design workshop sessions to help with this – to find out where and when look here: https://www.brighton-hove.gov.uk/hanover-and-tarner-liveable-neighbourhood-pilot

There is also an online engagement space to share your views: https://climateconversationsbrighton.uk.engagementhq.com/liveable-hanover-tarner

What do residents say will improve their streets?

In December 2020 we held an online video conference: “Liveable Hanover: a vision for a safer, healthier and greener neighbourhood”

A safer place to live

For more about inclusion in Liveable Neighbourhoods, see the We Are Possible/Active Travel Academy report published in February 2022 Nobody Left Behind: Envisioning inclusive cities in a low-car future

We want a scheme that benefits everyone, so we’d like to know what changes you’d like to see in your street and neighbourhood. Possibilities include:

Speak up for your street or block of flats

We’d like representatives from each of the streets and housing blocks in the area to discuss with neighbours what would make the streets more liveable and then share your street’s vision and ideas with us.

Volunteer or see who your representative is HERE.

Why Hanover and Tarner?

The original request to the council for a low traffic neighbourhood came from local community group Hanover Action for Sustainable Living. They were concerned about the impact that the growing number of cars cutting through the area was having on the wellbeing of the community. In other parts of the country, councils have successfully introduced low traffic neighbourhoods in order to create more people-friendly streets and improve the quality of life for the people living within them. The Hanover and the Tarner scheme aims to ensure drivers from outside the area stick to major roads, while encouraging more walking and cycling within the area.

How long will the pilot last?

Low traffic neighbourhoods are usually trialled for 12-18 months. Local residents and businesses are invited to share their views and changes can be made along the way to improve the scheme. If a scheme isn’t working for local people, it can be altered or removed entirely. If it is popular, it can be made permanent.

Which streets will be included in the pilot?

It will cover the area generally referred to as Hanover and Tarner, bordered by Elm Grove, Queen’s Park Road, Edward Street and Richmond Terrace/Grand Parade. Improvements can be considered on these streets too.

What will happen in surrounding streets, not covered by the liveable neighbourhood scheme?

When the scheme is being designed, planners will consider the impact on nearby streets, particularly those that already have problems with traffic cutting through to get to other areas. Changes can be made in these streets too, in consultation with local residents.

Will it become permanent?

At the moment, this is a trial. The changes will be monitored and any that are popular could be made permanent.

Will traffic increase on nearby roads?

Initially, it’s likely that it will but that increase will be monitored to ensure that this increase is not unmanageable and causing problems. But over time, car use from within a low traffic neighbourhood scheme tends to decrease, so the amount of overall traffic will drop.

Why is this important to our area?

More people are now working from home and spending more time in their local area. We must seize this opportunity to make Hanover and Tarner more liveable in every sense and help our community – and our local businesses – to really flourish.

How can my area become a liveable neighbourhood?

Local community groups can request the council considers a Low Traffic Neighbourhood for their area by taking a deputation – signed by six people – to the Environment, Transport and Sustainability Committee.

Who is representing the community?

Liveable Hanover is a group of local people working to engage local people in the liveable neighbourhood pilot. The group came together through the Hanover and Elm Grove Communities Forum, the collective of community groups representing the interests of various communities in the area. We are working to find out what residents think would benefit their street or the wider area. We are also working with community groups, representatives and councillors in Tarner area to consider the needs of the wider area too.

Will everyone have a say?

Yes. The local group is engaging with residents via a mailing list, social media and printed materials to find out what changes residents believe would improve their street or area. We’ll be sharing our findings with the council transport team. The council has arranged a consultation – both digitally and non-digitally – asking residents what they would like the liveable neighbourhood to look like. Access the council’s website engagement events calendar.

Where have schemes been successfully introduced?

Low traffic neighbours have been implemented successfully in a number of other parts of the UK, mainly in London. The most established is Waltham Forest, and this gallery of before-and-after photos of the borough gives some ideas of what we could have in our area. And the benefits to the community are shared in this video.

Kids want greener, more colourful streets that they can play in 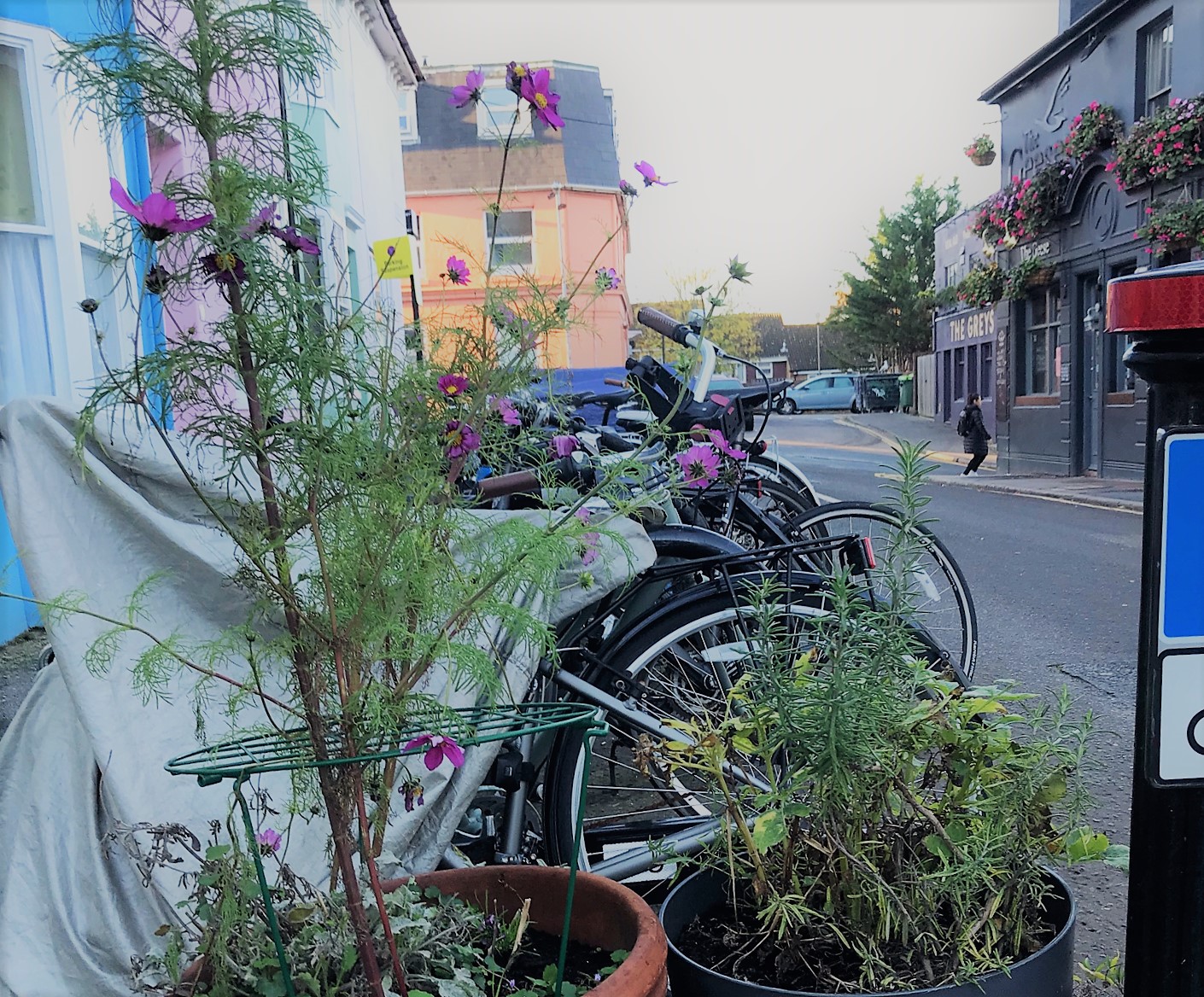